Today I note a way my local council increased road danger for cyclists.

First, look at this crossing. It’s very good: near a school but the *stop-go* lady is well-respected by all the traffic; usually a 70kph zone but 40kph during school times. There’s a pedestrian island in the middle and good cycle lane at the left. 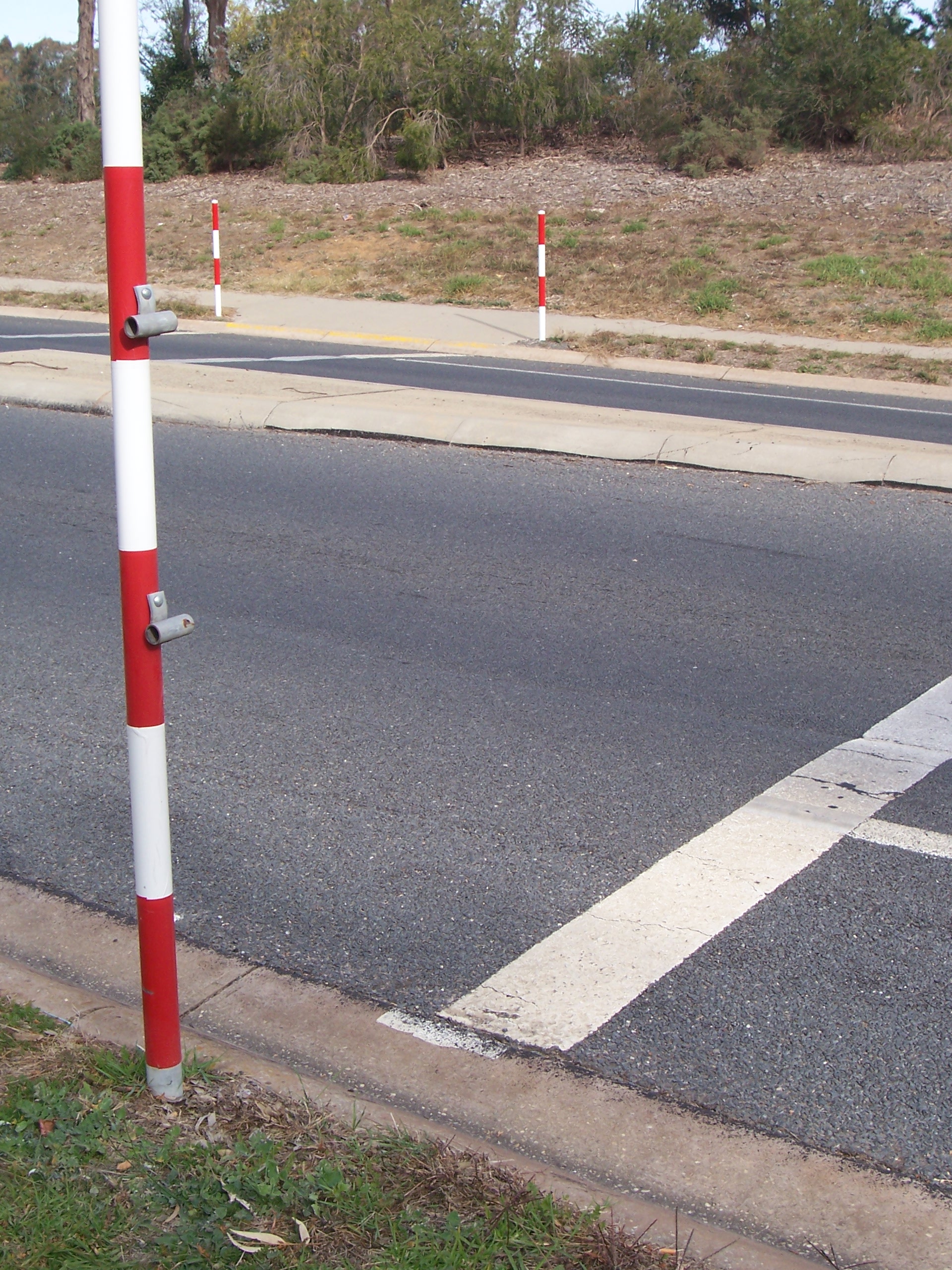 About 100m away from this there’s a newer pedestrian place – not really a crossing because cars do not have to give way to pedestrians. The centre island is a little wider than the older example. And the left of the road is filled with concrete. 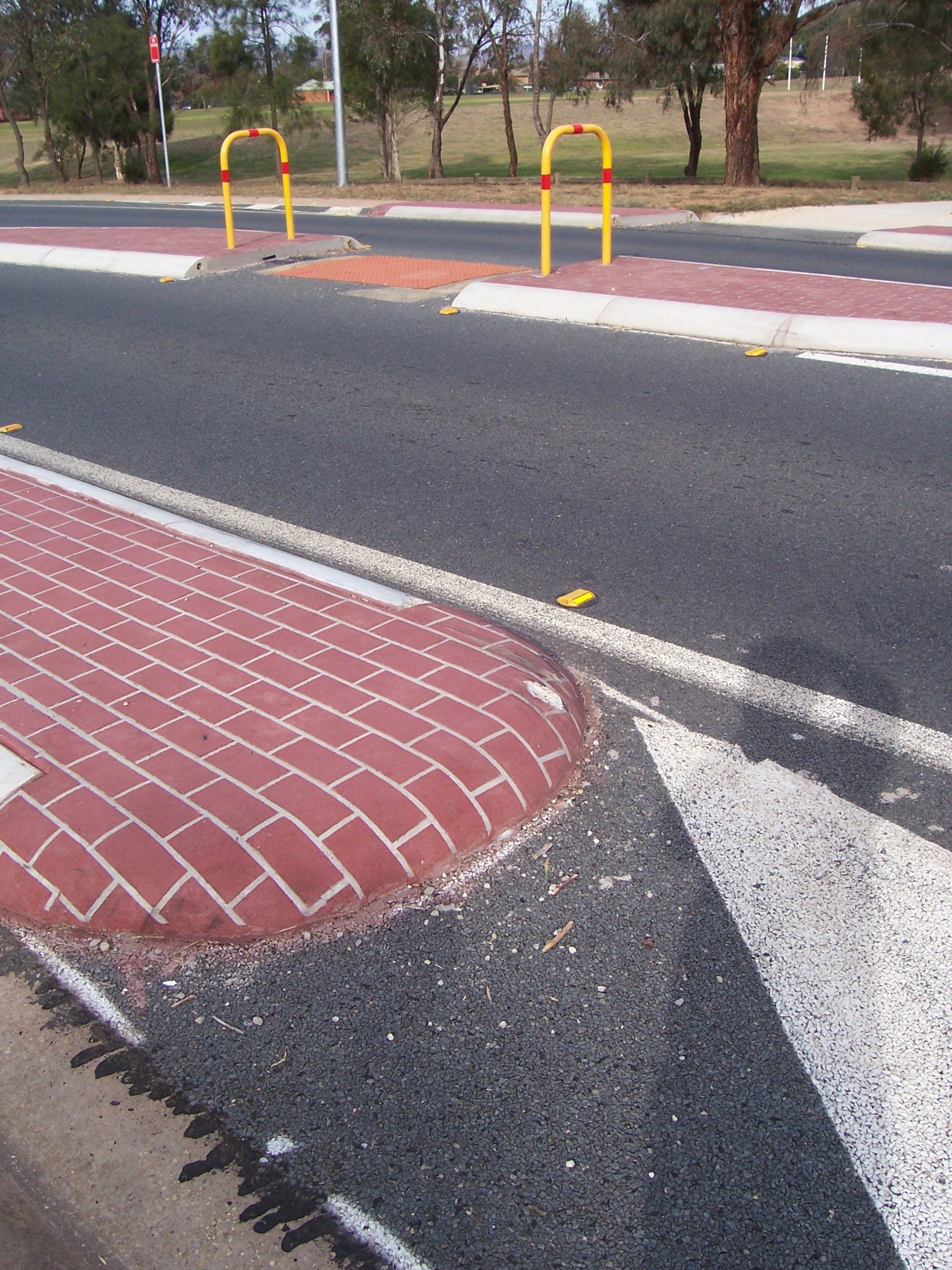 Let me ask you: what do vehicles do when driving past a traffic island? They almost always veer a fraction (or more!) to the left. That can be risky and scary when on a bike. But at this place our council has added to the danger by forcing all riders to veer right, into the lane of traffic. Crazy!

It’s bad enough in the picture above, but it’s worse on the other side of the road. Check out the concrete covering the unbroken white line. 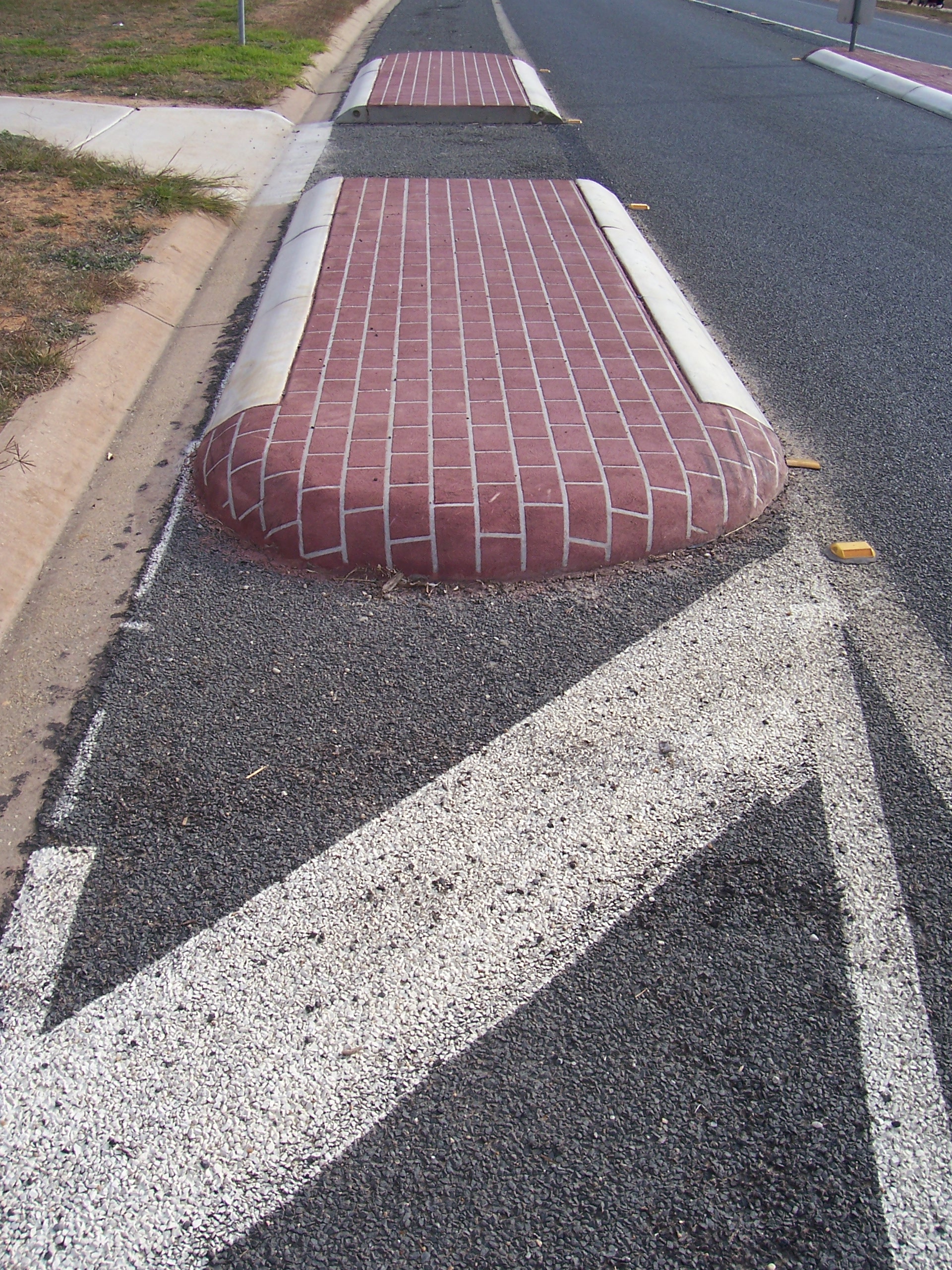 This road gets heaps of cyclists. Now we’re forced into the line of moving traffic, often the traffic is going 70kph. And the orientation of the road guarantees rising/setting sun will blind drivers at some stage almost every day of the year.

Keep the traffic island. Get rid of the rest.

The council has improved this crossing! Riding past last week I saw the southern kerb-side section had been removed and the usual road surface put in place. Maybe the north side is next. Good move, and sensible, by the council planners and workers.