Day five of riding (after the rest day) was from Traralgon to Yarragon. The route went north of the M1 to Melbourne, west along the La Trobe valley.

The slogan fire the Great Vic is Spend a week in another world. As is my wont, I’ve reflected on what kind of world this is.

It’s a world in which wearing lycra in public is perfectly normal, even in frightening shades of purple.

It’s a world in which starting lunch at 10am is perfectly normal.

It’s a world whose background music is the sound of generators. They power pumps for loos, water points, showers, laundry/washing-up, as well as the larger infrastructure.

This world has distinct language: WARBYs, on your right, clear, slowing, etc. They all have clear meaning on the road or in the camp.

Today started off cool, with very limited visibility due to fog. This crafted some beautiful effects. For proof… 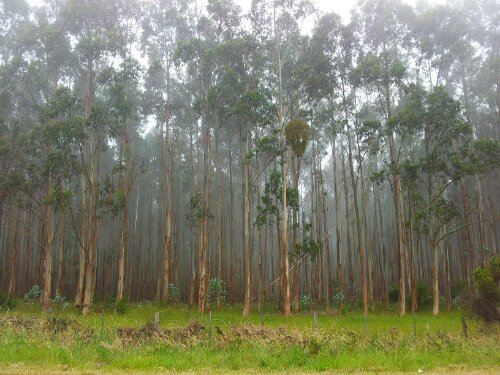 Passing through three major valleys saw a bit of climbing, though we never went higher than 220m above sea level.

I think the legs of the younger two felt a little tired after not riding yesterday. Not that they went slower, just that they felt the effects.

Once we reached lunch at Willow Grove (Willow Something, anyway), it was warm and sunny. Tome to shred wind vests, and base layers too. In Yarragon, hot and no hint of clouds.

That’s today, except for one more photo from the first rest spot. 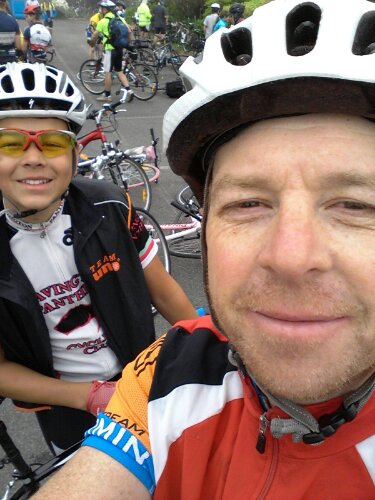