Retrieving Nicaea: The Development and Meaning of Trinitarian Doctrine by Khaled Anatolios


This is quite a book, even though I am certain my comprehension of it is far from complete. In other words: be ready for technical detail and argument.

My summary of the aim of Retrieving Nicaea is that Anatolios wants his readers to engage with fourth century Trinitarian theological grammar, rather than to memorise theological terminology. The why of the orthodox position (ontological unity between divine persons Father, Son, and Spirit) is his interest.

To get there, he starts with an overview before diving into three deeper specific studies: Athanasius, Gregory of Nyssa, Augustine. The overview itself is amazingly helpful. This overview divides the approaches to divine unity into two: unity of will (such as Arius), and unity of being (the Nicaean position). Both start with the supremacy of Christ but take different paths to express this, with major consequences. I am sure the three detailed studies also will continue to be influential amongst serious researchers, too – you know, those who understand all Anatolios says!

Read slowly, because that seems to only way to understand it. But do read it as part of developing a better understanding of the history and interpretation of Trinitiarian theology. 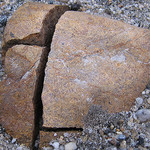