The final day. Completion, with the shortest planned route of all. Also with the biggest group of all: the nine day riders, the three day riders, now joined by those who opted for a single day ride. How many people?

Here’s how the day began for us – slowly. 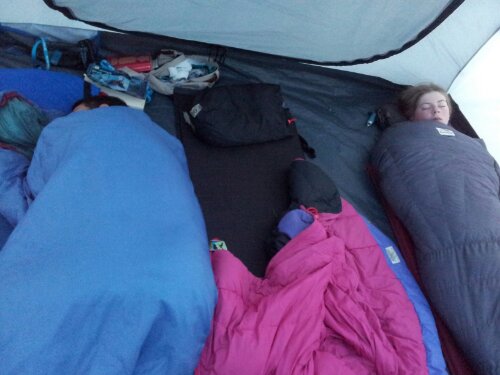 Although the start to day nine felt slow, we were still in the saddle by 7.30am. Maybe we just felt slow.

Riding across the bridge to Phillip Island was fun, having a lane closed to non-bike traffic. It will be a long time before cyclists get that opportunity again.

The weather was variable, to say the least. Except for the constant SW wind. We had glimpses of sun, spits of rain, and heavy cold water in the face.

The day had the feel of waiting to end. I enjoyed seeing the island for the first time, but today was not the time to hang around and enjoy its attractions.

Some fine riding was had. 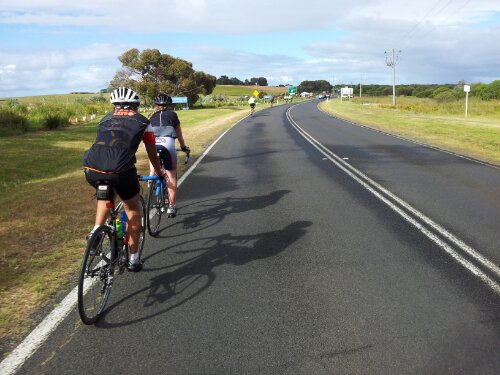 Passing the official end of the ride, we took the full route: out to view The Nobbies and back. Here is the view, taken before we all enjoyed the day’s only two kilometres with the wind at our backs. 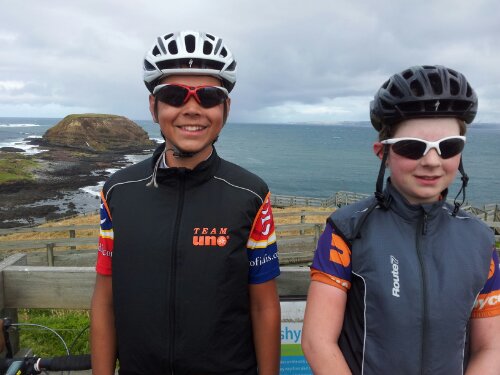 And how good it was to be re-united with the rest of the Little crew! (Also to see that Catherine’s early arrival meant we were spared the three kilometre traffic jam heading to the finish.)

So the final distances are in, though the kids’ computers both had glitches that robbed them of done distances. The numbers are: 619km for me, 540.3km for Nahum (probably 50-55 less than actual), 571km for Ruth (about five below actual). Enjoyable, and a good effort: the source, I pray, of many great memories.

PS I reckon that the Great Victorian Bike Ride feels like Beach Mission, if you’ve ever served on one of them. Work, camp duties, variable summer weather, a day off in the middle, and lots of people.