Here is a report of a meta-analysis (a gathering of many individual studies) that establishes a “reliable negative correlation between intelligence and religiosity”.

That is, atheists are smarter than believers.

Go ahead and read it – it’s an article with nuance. I worried that it might simply crow about superior IQ, but it avoids that. It recognises the cringe factor in raising the issue, the potential to be smug, or the possibility of defensiveness. It also touches on the complexity of finding causes for this association. 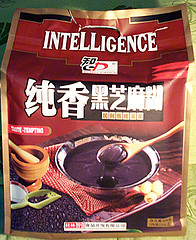 I won’t repeat the points of the article here. Instead my starting point is the conclusion of this study, that higher intelligence correlates with agnostic or atheist beliefs. Given this, what can I say to atheists, and to Christians. (I limit myself to Christians, rather than the broader ‘religious’ group.)

Something for atheists
Firstly, intelligence does not automatically make for good arguments. An intelligent person can (and will) hold to crazy wrong ideas.

I am amazed that so many intelligent atheists have dumb ideas about Christianity. Richard Dawkins is the perfect example. When I’ve seen his input to science shows he’s interesting and engaging. When he talks on God-stuff, I scratch my head. He would lose a schoolyard debate with 12 year olds. He simply does not seem to get it. Similarly, sports writer Peter Fitzsimons likes to poke fun at God-botherers. No problem there because he writes to entertain, and being a stirrer is the persona he adopts. But, again, his writing comes across as clueless. When I read these guys, I feel like I’ve been threatened by an angry drunk, who proceeds to swing his fists at an imaginary image of me.

My request: if you are ‘on the side of intelligence’, please come up with real thought.

Secondly, intelligence is an excellent path to self-deception. I’ve seen clever thought and sophistry used to justify the ridiculous. ‘Of course I should leave my spouse and kids because of the psychological damage we’re causing each other.’ ‘I’m not doing this with any hubris, it’s purely a rational decision for the sake of my career.’ Yeah, sure!

As a rule, I’ve found those with less pretension to be deep thinkers are less likely to believe their own crazy rationalisations. (Actually, this applies as much to believers as to unbelievers.)

My request: if you think you’re smart, be humble enough to see that smarts are often misused.

Something for Christians
Firstly, we can admit that Christian folk sometimes peddle senseless ideas. We can be illogical and paranoid. We can speak out of misunderstanding. We can repeat arguments that are effectively urban myths, but sound convenient to our position.

Perhaps – and I sure am guessing here – but perhaps churches are liable to greenhouse such ideas because we don’t make intellectual rigour our top priority. It should not be top of the priority list, but that’s no excuse for a brain shut-down.

Just to get myself into trouble, I’ll say that I often find arguments of young earth creationists to be incredible. Too often the arguments go one of two ways. Either, ‘This is so important theologically that I will only talk about science.’ (Huh?) Or, ‘You are wrong because you are a fear-filled compromiser of truth.’ (Ad hominem.)

I have to say, sadly, that poor Christian thinking is not limited to a single area. It can crop up anywhere: creation, politics, family, church practice, music, …

My request: take time to think, and not to pass on half-baked thoughts.

Secondly, and most personally, I know I flinch at the suggestion that the average intelligence of atheists is higher than that of the religious. Perhaps you flinch too. We Christians want our people to be better than them.

We want to be better at thought, at work, at marriage and sex, at enjoying culture, at giving thanks to people, at contributing to the community. If we somehow fall behind in these areas we reckon we’re letting the side down. Or letting God down.

To be honest, we want to boast in ourselves. But God’s people are intrinsically un-boastworthy. Our only boast is in the Lord.

When Jesus said, ‘Blessed are the poor’ he spoke of more than mere money. In all ways, Jesus’ disciples admit poverty. Including in the ability to impress God by high IQ. The measure of Christian truth is not my vocabulary. The only measure is the life, death and resurrection of Jesus.

My request: Christians, remember our gospel, that we are saved by the grace of God.