Quite a short ride, only planned as a 60km trip from Yarragon to Mirboo North. Though the whole trip moves east to west, today’s finish point is east (and south) of the start.

Today we re-joined the Grand Ridge Road, the scene of Tuesday’s carnage. Perhaps we should have used this information to guess that the day would be more difficult than a mere 60km total distance would suggest. There was more climbing than I expected: about 1250m, compared with about 1450m over Tuesday’s 90km.

This was not so hard for me, as I kept with the kids. But their legs felt the elevation. 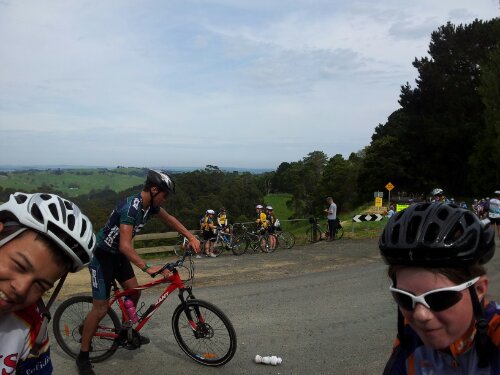 Even the farms along the way were decorated. 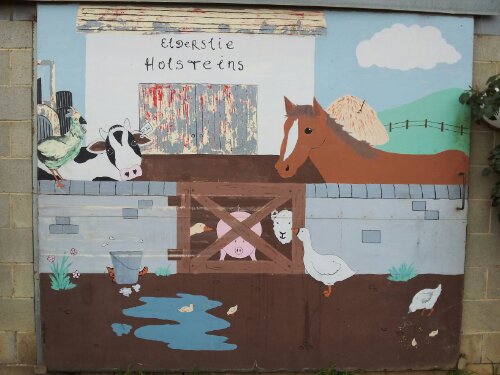 Lunch was at the very end, only half a kilometre from the camp. At a very pleasant park in Mirboo North, it looked like the scene of a bicycle massacre. 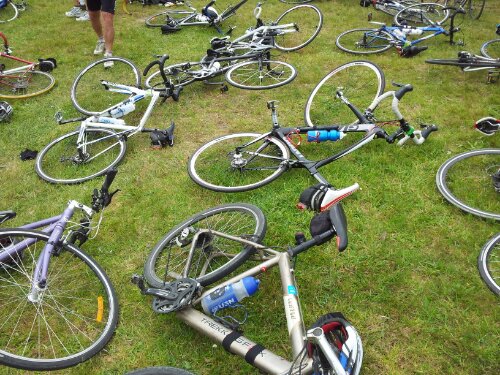 Mirboo North is very welcoming. Free games and zooper doopers at the RSL, along with friendly locals letting us learn about the area, really set the tone.